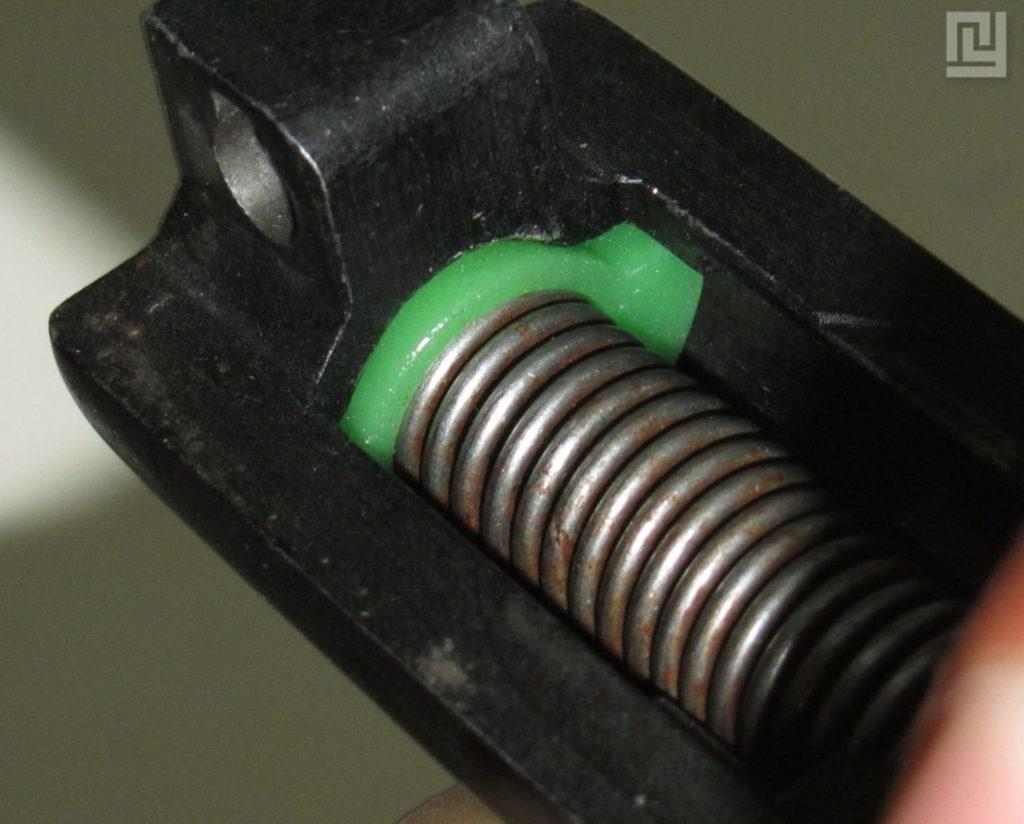 Among the owners of the Simonov self-loading carbine (SKS), there is no consensus on the benefits and advisability of using recoil buffers. You can find both rave reviews and extremely negative ones. Some of the problems are related to improper installation: insufficiently careful sizing during installation or lack of it. Correctly installed and sized shock absorbers on the SKS absorb the bolt impact, soften the impact of the bolt carrier on the receiver. There is no direct contact between the two metal elements, due to which their integrity is preserved, the service life is increased, and the noise level is reduced.

For several years of production and sales, we have refined the design based on customer feedback, as a result, the buffer in the receiver cover has slightly changed: it has slightly decreased and acquired a more graceful shape. It is not evident, but can be felt during the installation.

In addition to the buffer in the receiver cover for the SKS, there is also a buffer in the back of the receiver itself. Or as it is also called the “American-style” buffer. They are often purchased and installed in pairs at once.

All shock absorbers are made of polyurethane of two types of hardness and differ in color: soft orange (72 Shore, scale A) and harder green (80 Shore, scale A). It is also possible to manufacture in other colors on request.

Which buffer for SKS to choose?

Hardness preferences are usually quite subjective. Therefore, we recommend purchasing products in pairs – in two types of hardness at once and choose the one you like after testing in practice. In the cold, it is preferable to use a softer version

All buffers are made of frost-resistant polyurethane with increased wear resistance and the best shock absorption properties.

Advantages of polyurethane buffers for SKS

Whether or not to install such recoil buffers, each owner of the weapon decides for himself. Someone thinks that this part is superfluous there and there is no need to shove it there if the manufacturers at the factory do not initially complete their products with such inserts. As arguments, they cite the fact that the weapon works fine without any additional shock absorbers for its owner for more than 20 years and will last as long, having outlived the current owner. Someone, on the contrary, takes care of each of their things from the moment of purchase and tries to extend the service life of the weapon in all possible ways, including protecting the frame and the receiver using polyurethane bump stops – everyone has their own preferences and priorities.