Something About Polyurethane | Part 2. Elastomers 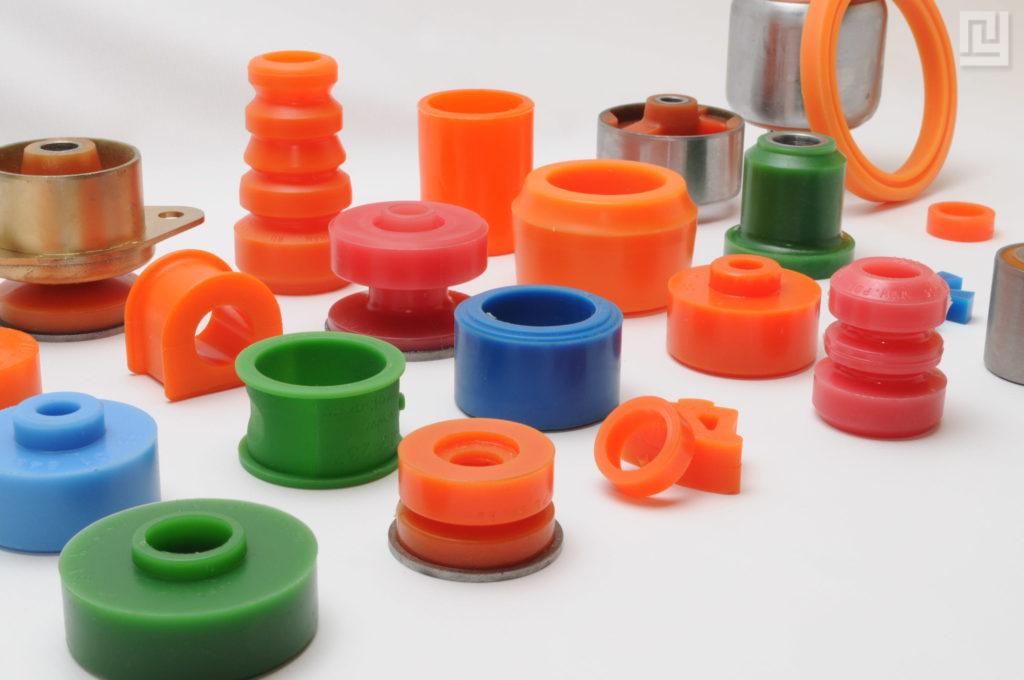 As follows from what was written in the previous part, the physical and mechanical properties of polyurethanes can be fundamentally different. Since I am still engaged in the production of auto parts from polyurethane monolithic elastomers, and this article is devoted to this, we will try to describe the “general” properties for this particular class of polyurethanes. It should be noted here that there are only a few manufacturers of basic polyurethane components in the world, therefore, there are practically no fundamental differences in physics and engineering for conscientious processors, and, say, American, Japanese, or Australian polyurethane does not differ much from ours in terms of physics and technology.

So, in general, we are interested in the following physical and mechanical properties:

As I said above, all these properties are to some extent “programmable” – by changing the composition of the mixture, introducing copolymers and additives, changing the reaction conditions, preparing the components and other tricks, you can significantly change them. What we are doing: at our production, at the same time, a dozen different polyurethanes are processed only in serial production, and for custom-made on individual orders, we promptly change the composition.

Manufacturers of base components of polyurethanes produce both base components and prepolymers (partially reacted components), have their own recommended compositions for different applications, but they work very slowly and clumsily with modifications, and not that they are reluctant to communicate, but everything is too slow for them. Slowly – this is when it takes six months to issue an invoice, and then it turns out that they forgot to turn on the catalyst, but without a catalyst it does not work, the catalyst is supplied in another six months, during which time the pilot batch becomes unusable … in short, everything is very difficult. Oh yes, I forgot to say: the lifetime of pure PU components is a few weeks, the lifetime of partially reacted ones is a few months. It is almost impossible to bring pure isocyanate, it will “go bad” even at customs.

That is why we work with a reliable, trusted supplier of prepolymers (partially reacted components). This somewhat reduces our freedom in material modifications, but otherwise it is identical to direct work with isocyanate, and most importantly – it gives us the opportunity to quickly edit the technological parameters of the components.

All parts of the article “A little about polyurethane”