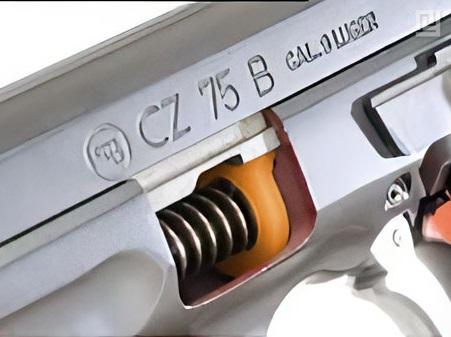 What is the purpose of the pistol recoil buffer?

1 buffer is designed for about 1000 shots. According to the experience of those who used it, it really is enough for a much larger number of shots (up to 5-6 thousand).

What are recoil buffers made of?

Buffers are made of polyurethane with maximum shock-absorbing characteristics. There are 2 hardness options:

It is also possible to manufacture with other characteristics on request.

Hardness preferences are usually quite subjective. Therefore, we recommend purchasing products in pairs – in two types of hardness at once and choose the one you like after testing in practice. In the cold, it is preferable to use a softer version.

One of the advantages of Glock pistols is their low weight due to the fact that light polymers are used in the manufacture of the frame and magazine. This also leads to the main disadvantage – the low resistance of the main parts of the pistol to wear and microcracks, tear of plastic components, which in turn reduces the quality of shooting.

The use of a recoil buffer (competition bumper) is the best way to prevent damage and premature wear to important parts of your firearm by preventing the metal breech from hitting the polymer frame.

Please note that the shock absorber is suitable for the listed models only of 3rd generation. Not compatible with 4th and 5th generation models.

The design of the Czech pistol CZ-75 (“Chizet-75”) served as the basis for many models of pistols produced in many countries of the world.

There is no consensus among the owners of this weapon as to whether it is worth using such buffers. Negative experience with buffers is usually associated with improper selection of the bumper thickness and an attempt to use standard buffers for models that require thinner buffers.

A properly sized bump stop will reduce wear and tear by preventing metal parts of the frame and bolt from colliding and will be useful for the pistol, even if the owner does not need to reduce the strain on his hands.

The pistol manufacturers themselves advise to immediately purchase a whole set of buffers when buying a weapon. In our store you can buy bumpers in quantities from 1pc.

There are 2 variants of execution both in thickness and in hardness.